Imagine if there were extra hours in the day to go on longer runs, burn calories, and better your health—given most people’s busy and sedentary lifestyles, that would be a game-changer.

Now stop imagining that, because the world revolves around the sun and not you; the best you can do is get moving and make the most of every 24 hours. If you’re willing to get creative, a few tweaks to your daily routine can up your daily calorie burnage in a big way.

Check out these easily incorporated (and some out-of-the-box) calorie-melting ideas from the fitness pros.

It’s not exactly a pleasant rise-and-shine, and you may even find yourself missing your soul-piercing 7am iPhone alarm — but if you can withstand even a 10-minute chilly shower or bath in the morning, you’ll boost your energy levels throughout the day. “Immersing yourself in cold water forces your body to work harder to warm itself up,” explains Jay Cardiello, celebrity trainer and Gold’s Gym Fitness Institute member. “Thus, you’re burning more calories while feeling extra energized and focused to perform.”

What’s more, cold temperatures promote healthy “brown” fat (which helps you burn energy), while helping eliminate unwanted “white” fat (the pesky, won’t-go-away kind that subsequently clings to your waistline, thighs, and lower back from excess 4am pizza consumption). Just sitting in a 59-degree-Fahrenheit room helped people burn between 100 and 250 calories, so cold showers might be the calorie-burning shock your system needs.

Great news for lazy people—if you strip out of your Batman footsie pajamas and catch some zzz’s in the nude, you can actually torch calories while you snooze. “When your body isn’t covered by clothing, it works in overdrive to warm itself up naturally,” explains Cardiello. Brown fat plays a role here, too: A 2014 study found that cooler temperatures overnight could also aid in activating those good brown fat cells in adults.

“The exact degree of caloric expenditure will vary according to individual,” says Cardiello, “but the metabolism-boosting benefits are so conclusive that it’s worth incorporating into your daily routine.”

And while you’re unsheathed, you might as well enjoy other calorie-zapping activities that are best done in the buff. Like body painting with a stranger, horseback riding Lady Godiva-style… or sex — some say that’s better naked, too.

Get down and dirty with housework

There have been times when I’ve considered severing my left arm just so I wouldn’t have to scrub my toilet. Chores suck—they’re just SO tiring and require SO much energy! But here’s the silver lining: You’re exhausted from cleaning because you’ve sneakily burned about 300 calories from all those hours of scrubbing and moving around.

To really get your heart pumping, do a bunch of physically taxing jobs in one day—mop the floors, scrub your shower, mow the lawn, wash your car. If you live in the city and your “car” is a Schwinn, no worries—just do your smaller house chores in a bigger way. “When you’re wiping down the counters and washing the dishes, really stretch out and make large circular motions,” suggests Britt Beckham, personal trainer at New York Health & Racquet Club. “The exaggerated movements add up!”

Take the long way (and the stairs)

You have legs so you can use them. “Wherever you can, fit in some extra steps,” says Noah Neiman, co-founder of NYC’s Rumble Boxing. “Park your car as far away from the mall as possible, hop off the subway a few stops earlier, or get up from your desk every hour and take a lap to avoid sitting too long. The more we move our bodies, the more calories we burn throughout the day.”

Also, you can (and should) take the stairs in lieu of the elevator whenever possible. “Every step you climb, you burn about 0.17 calories—that’s roughly a calorie and a half every 10 upward steps,” says Courtney Paul, celebrity trainer at RIPPED Fitness in NYC. “You also burn calories on your way down—about 0.05 every stair descended—which equals out to one calorie every 20 steps down.”

Yeah, I hear you—that’s A LOT of stairs. But if you live in a fourth-floor walk-up, work on the 17th floor of your office building, climb the Statue of Liberty’s 354 steps on your lunch break, and really commit yourself, knocking off a few hundred calories will happen faster than you think. You can also up the ante by hopping two or three steps at a time. “Skipping stairs simulates a step-up lunge that will tone your glutes and zap even more calories,” says Paul. “With each step, stay heavy on your heel and light on your toe for the most calorie burn and booty-firming benefits.”

Working out burns calories. Duh. But fitness fanatics know there’s always room for improvement—and that the same old routine will inevitably lead to a fitness plateau. So increase your calorie-torching #gains by raising the bar… literally. “Up the pounds of those dumbbells that you’ve been lifting for the last seven years,” suggests Gunnar Peterson, celebrity trainer and Propel Water ambassador. “Five pounds won’t cut it—lifting real weight challenges your body and will bump up the metabolic demand in a big way.”

When it comes to cardio, go harder instead of farther. You can burn a whopping 200 extra calories in just two and a half minutes of all-out sprints (aggressive bursts of fast-paced movement, it doesn’t have to be running).

But here’s the thing with sprints: The human body isn’t built to sustain hardcore activity for much more than a minute without slowing down. So aim to incorporate sprinting intervals into your cardio regimen—Peterson advises doing 10 to 20 15-second sprints to really melt those cals, which can be done on a bike, rower, elliptical, or jump rope.

Finally, don’t forget to stay hydrated and replace your electrolytes. Says Peterson: “Replacing what you lose in sweat helps your body function at your highest level for longer periods of time, while keeping mental acuity on point while you’re pushing through a more intense workout.”

Brooke Sager is an NYC-based contributing writer at Thrillist who always takes the stairs… but has no choice because she lives on the fourth floor of a walk-up. Follow her on Instagram and Twitter @HIHEELZbrooke. 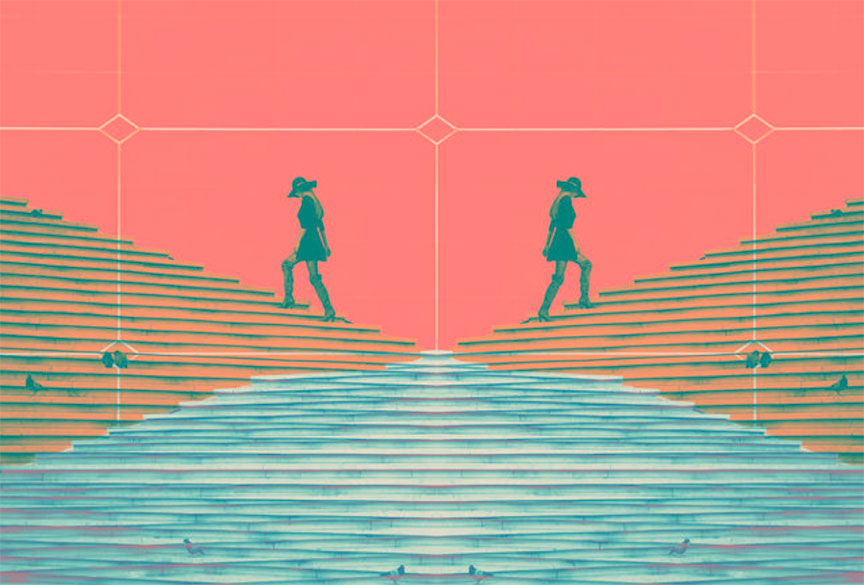