A Year Without Facebook: My Surprising Experiment in Going Off the Grid

Sorry I didn’t congratulate you on your engagement…but now you know why?

Think about a scab on your knee. It doesn’t hurt, but you can’t help but mindlessly pick at it just because you know it’s there. Then you look down, realize the damage is done, and wonder why the hell you just did that to yourself. That was my relationship with Facebook.

In October 2014, my serious boyfriend and I suddenly broke up. I was devastated. Long gym sessions and retail therapy at Bloomingdale’s were my go-to distractions, but unfortunately, so was the internet. My Facebook newsfeed was a flood of self-satisfied banter and saccharine engagement announcements. I knew that in the midst of my misery, one more post by someone from high school who is soooo lucky to be marrying my best friend!, or another having The Best Time Ever in Vegas!! was going to send me over the edge.

It stung that my Facebook “friends” (a loose term, since I hadn’t spoken to most of these people in years) had me feeling like I’d failed, that the way I was living my late-20s wasn’t exciting or good enough. I realized then that I was the one refreshing the page, I was the one scrolling, I was subjecting myself to this needless commentary. My feelings of inadequacy were self-inflicted.

I’d considered doing it for years but my FOMO had always held the trump card. Thanks to the breakup, I snapped—and completely shut down my Facebook profile.

The act literally changed how I began my days. I no longer rolled over in bed and, on autopilot, thumb-tapped my iPhone’s Facebook app open. I no longer had the option to start scanning through my cousin’s ex’s roommate’s photos from Mykonos just because they popped up, while simultaneously cursing myself for having never been to Greece. What you can’t see, you can’t care about. It was both a relief and my main concern—would disconnecting make me disposable in my social sphere?

One more post by someone from high school who is “soooo lucky to be marrying my best friend!” or another “having The Best Time Ever in Vegas!!” was going to send me over the edge.

One by one, friends noticed I was no longer on Facebook. The most common reaction I got was one of awe and accolades: “Wow, good for you! I’ve thought about doing that, too.” It wasn’t just me who’d grown sick of the constant barrage of info.

As it turned out, anyone who wanted to plan brunch with me made the effort to send a text, since I didn’t have a Facebook wall to write on. Anyone who asked about my new boyfriend or the half marathon I ran knew those details because we talk in real life, not from seeing a photo on their newsfeed. And all 40 people I cared about enough to invite to my Christmas party were invited because I already had their email addresses.

I’ll admit, I almost caved and went back on. Once. About two months into my hiatus, my sister had left her Facebook page up on her laptop; curious, I began scrolling down her newsfeed. When she caught me, she slammed the screen shut on my hand. “What are you looking at?” she asked. “Nothing,” I replied truthfully. I was looking at nothing—reminding me why I’d deleted it in the first place.

Deactivating Facebook proved to be a way to be kind to myself. It’s hard to ignore what people share for attention, and even harder not to form comparisons. Before, I’d have to actively remind myself that my Facebook “friends” were portraying inflated, smoke-and-mirrors versions of their lives…but that was exhausting. Now, that energy goes into my real life. You know, where it belongs.

It’s been a year since I pulled the plug on Facebook and I have yet to reactivate my profile. I honestly don’t think I ever will. Okay, maybe I miss the birthday reminders a little bit…but that’s what iCal is for. 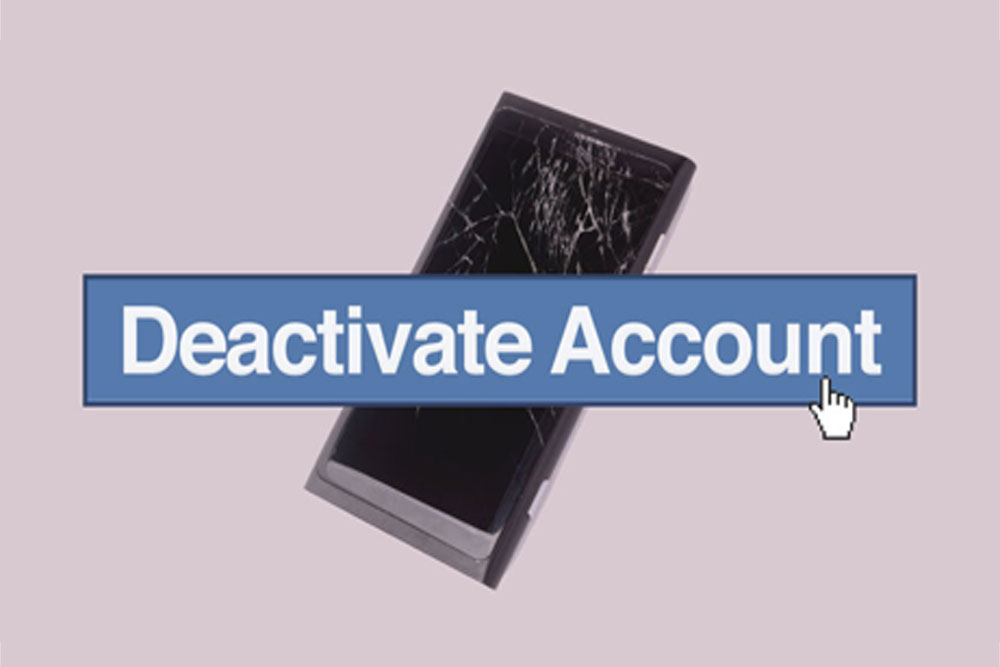